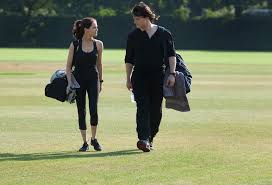 Asking a guy out – well 90% of your pals won’t comment on it accept with a ridiculed expression and a ‘are you nuts?’ phrase line. Some believe it’s just not a girl’s job and some would say it’s too unclassy. But doing it the classy way is what’ll make you stand out, right?

According to me and millions of people out there, if you like a guy, instead of straight away asking him out, drop a few hints and let him do the rest. Be a bit flirty and let him know you like him…

But sometimes it’s not that easy and you find yourself in a fix where you’ve got to make the first move. Well, no need to freak out! Not all guys like a ‘damsel in distress’ and actually feel gratified when you take the load off their shoulders of planning a date. Flattering them with this treatment is a great start, but if the guy prefers being traditional and never takes up your hints, then let me warn you before hand – he’s not interested beautiful!

Be direct: Men are idiots, and I mean it (not the other way though!). They don’t take up the game if they are not approached directly.  Don’t go like ‘would you like to grab some Chinese?”, instead go like, “How about you come over to my place tonight for dinner?” But if he takes it the other way, like you want to relieve him of cooking or want to get over with some food rotting in your fridge, don’t be hurt because guys are like that.

Invite him on a friend’s spree: Hesitant about asking him out in private? Well then invite him for a group date like ‘We’re going bowling next week, would you like to join us?” It’s a good start to get familiar.

Be positive and come up with a plan: Don’t let disturbing thoughts like ‘what if he says no?’ enter your gorgeous little brain, pretty lady! Just be positive and surge ahead with an awesome line. But mark my words and instead of saying, “The XYZ is a good band!” say, “How about the XYZ’s tonight?”

Don’t be ‘masculine’: Yeah sure nowadays guys like tough woman, but you should not be tough enough to frighten him away. Don’t be a macho and go about saying “Hey man, c’mon I’ll treat you at Pert’s tonight!” He may seriously think you’re a lost case and may even consider you to be a freak. Be girly enough and by girly I don’t mean coy, I mean sweet and subtle.

Get to know what he’s like: Get to know while chit chatting what he’s like, or rather what he likes. Ask what he likes doing on his weekends and suggest a similar plan. Firstly, he’d be flattered you share the common interests and want to spend time with him, and secondly he would be appreciative of your attention. Just be sure you don’t go in for it if you hate the activity coz then the guy’ll know and it could mean a spoilt egg for you!

In the end, remember – a girl needs to be two things, classy and fabulous! So best of luck with your venture and dazzle him off his feet!

Some more Juicy topics to check out!