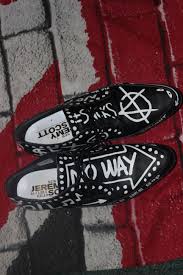 This is an era where boys today feel that their easy let go attitude combined with a “cultured bad boy stance” is something that girls adore – or rather something that’ll make them popular. Fighting, bossing around and showing how powerful they are is what they think is called being ‘attractive’.

Well, as per the perspective of a young adult out in the world, here are the views of girls on such things!

Today, girls are quite independent and wise enough to choose a groom for themselves. Making a temporary boyfriend is not exactly in the air for some people. The serious ones want a steady relationship with a guy who’ll understand them, respect them for who they are. In return girls are ready to accept guys for who they are! A simple treaty !

For a more detailed speculation, guys, consider this: Why would a girl want to date someone whom she’ll be tempted to gift a voucher to a salon and a quit nicotine centre? Why would she even care to look at a guy with messy hair and a shaggy beard? Dude you don’t have time for a haircut and you expect us to believe you have time for us? Whoa!

Secondly, girls today won’t mind supporting their men financially, really – but only if the men are trying hard to rise on their own feet.

To be conclusive : Guys misunderstand a want for a tough guy to be a want for a bad guy. Girls never expect you to be a cute little clerk, all dolled up with neat short hair and a crisp shirt tucked in a raymonds pant, but yes, they do expect you to have a good name amongst the people who know you, they expect you to be understanding. What they really want is a no drama persona combined with a sweet and loving heart.

So guys, time to give up that made up bad boy attitude. Don’t try to be the rooster if you’re just a li’l chicken.

Smarten up, be the respectable man she dreams of! Charming doesn’t always mean messy! It doesn’t have to!

Your comments are most welcome!

Stay blessed! Love you all!

Some more Juicy topics to check out!